Its been a while since I've posted. The training has been great, kids grew up a bit and decided to dip back into gear for a bit of help to reach new pr's.

Wanted to try some primo I purchased from 2 different vendors last year, well known ones. Before I pinned it, I wanted to test it since its got a reputation for being faked.

One of them came back as Mast and the other tested as actual primo.

The one that came back as mast is from a pretty well known company and I purchased it through one of their known distributors.

Do I let them know? Also, how reliable are the labmax tests? I used about 5 of them and they all seemed pretty accurate but I just wanted to see how others fared.

I even double checked that the primo was mast by taking mast from the same vendor that was shipped to me and testing that as well. The test results were identical so I'm pretty sure it is accurate but wtf do I know. Should I send it over to a different lab? I dont really care about the cost, its nothing compared to pinning something toxic or w/e.

Thanks and hope is well with you bros! 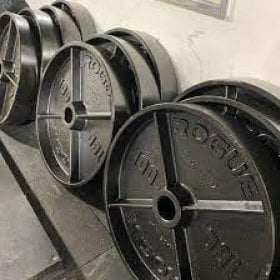 If you are wanting to hit some new PR's then I wouldn't be using primo - Plus the cost of buying some primo then sending it off to be tested must be costing an arm and a leg compared to just buying some good old NPP or Deca to add to your Testosterone?

Whos was real is what id like to know

Vendor is going to say Labmax is unreliable so Labmax tests mean nothing to them so I wouldn't even bother them with that. Their reply is most likely going to be we don't sell fake primo so send it off to Jano to test.

Ty Makwa, I'll do just that.