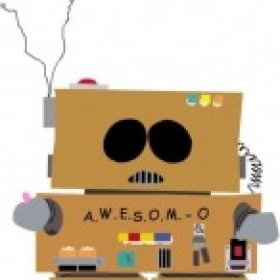 Vitamin B6 for Prolactin control

Vitamin B6 has huge potential for the AAS and bodybuilding community.
It is a water soluble vitamin that was first isolated in labratory conditions in the 1930's.
It is a vitamin that must be consumed from dietary sources as the human body does not synthesize its own.
It has many functions and roles that may be of interest to the health seeking individual such as its role in protein metabolism, inflammation reduction,red blood cell formation,hormonal function and nervous system disorders.
The main reason why I would like to highlight Vitamin B6 is its potential as a natural alternative to lowering prolactin.
High prolactin levels can be a serious impediment to the average AAS user and often manifest while running the nectar of the gods Trenbolone.( not exclusively though - nandrolones can also have this effect.)
Symptoms of a undesirable level of prolactin can include-
Low libido
poor erectile quality and duration
weak orgasms
sensitive nipples
gynecomastia
and maybe the most unsettling of all- milk production.

Because of these troubling potential side effects the modern AAS user will stock up on medications such as Cabergoline
Pramipexole and Bromocriptine.
It would behoove the cautious user to still have these medications on hand- the old addage that it is better to have and not need rather than need and not have would apply here.
The problem with using these medications is the risk of running multiple pharmacuetical products(polypharmacy) while on cycle that you may not know exactly what product is doing what.
The potential dangers associated with running too many medications at once is a discussion for another day but suffice to say it could be less than ideal.
Vitamin B6 has the qualities that could allow you to supplement your cycle with a natural and RELATIVELY safe compound that is readily and easily available for a very affordable price.
One single dose of Vitamin B6 (300mg) was shown to cause a statistically significant decrease in plasma prolactin.
One study showed that Vitamin B6 can play an important role in the suppression of prolactin levels.
One sudy showed that Vitamin B6 alongside Vitamin E could equal the level of prolactin suppression seen when administering bromocriptyine.

From a personal viewpoint - broscience disclaimer - I have found that a complete B vitamin complex alongside 200mg of Pyridoxine Hydrochloride which is the most bio-available type of Vitamin B6, reduced puffy nipples, improved mood and really, really improved my flagging libido.
When I run tren my libido is out of control for the 1st few weeks then always takes a sharp nosedive- I would say that this is as my prolactin levels began to become too high.
With these additions I can really feel a marked difference to my libido which is a seriously important thing- and I still haven't had the need to crack open the caber.
Everthing here is just however my humble opinion-DONT take my word for anything -research and discuss with others before you self medicate. 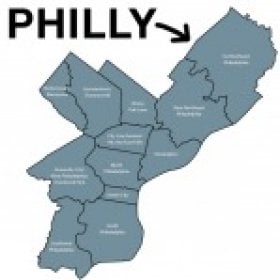 Please never use evolutionary.org as a reference. There's a part in the rules referencing what flash is talking about, if you didn't do the research we're supposed to summarize and put a link I think. And be in the news section. Pretty sure it's something close to that at least.

Aside from that, B-6 never did much for me but maybe I didn't give it long enough a chance.

Really mate?
The info on here is from
The linus pauling institute database.
Evolutionary org.
Wikipedia.
Ive researched it-then put it into my own words. At no point have I implyed that I personally conducted the research.It was nothing more than an attempt to stimulate a discussion.
Everyone says that the new guys need to contribute to improve karma- this is a contribution. An opinion. nothing more.
If the mods think iI have copy and pasted then I will remove it.