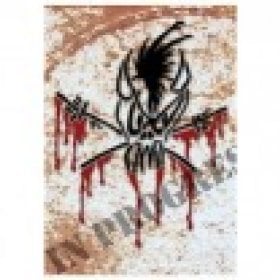 My short lived experience with this stuff sucked... I looked into it quite a bit before making a purchase. Mixed reviews, not many studies, nothing official on humans. Nothing crazy side effect wise but a possible awesome effect... But probably nothing noticable... But maybe awesome. So I figured go for it.

First shot, sub q about an inch down and to the right of the belly button. Shortly after the area is red. Then it's itchy. Itch turns to pain. Extreme pain. Can't touch it, hard to move. All the makings of cellulitis. So I marked it to keep track of the size. Three days later the pain starts to subside. It's been over week, the color is normal, there's still a small bump and a slight itch.

I emailed the supplier almost immediately with the thought of cellulitis, told him I don't want anything, just an fyi, could be a bacterial issue. The response; that's a normal reaction from the large molecule being too big to get into the cell. The advice; dilute it further.

More googling found nothing to support that answer. But alright I'll try again. Added another mil, drew up another 10 IU at just 50mcg. Went sub q about 5 inches left of the belly button.

Similar skin reaction, not as bad, not debilitating. Shortly after, a lump developed in my left groin. I've had a groin strain before, it was similar, but I hadn't done much that day. Throughout the day I developed flu like symptoms. I believe the lump was a swollen lymph node. Next day the flu like symptoms are gone but the painful injection site and painful lump lasted a couple more days.

That's it. I haven't used any more. Only two shots, a week apart instead of daily. So I come to a question.

Has anyone used this stuff with any positive results/similar results/prevention of said results? I've been out of work for the last couple weeks but I'm going back Thursday, so I can't risk being unable to move again. Unless someone has a sure fire way to break from this Paradigm that the follistatin has me in.

I believe the guy, but it's hard for me to imagine that this is normal but people just accepted it and kept going to for ten or more days in a row.

It's in the trash. Hit the delts with half doses. Pain but bearable, like getting a flu shot. Figured im is way better. Injected half doses into the biceps yesterday. It feels like the worst doms ever and I feel a bit flu-ey. I had plans for the day. Been laying in bed all day. Found a similar experience on Reddit, same source too. One response was "that's how you know it's real"...
Might have actually been quarter doses. I think I put in 2ml BAC water. Fuck this stuff it ain't worth it

Dude go back and read my comment from 11d ago. Follastatin in the form you are injecting would not work even if it did not give you horrible pip. I don't know why people even try this stuff

I hadn't read up much on it since prior to the purchase over a year ago. Just did a bit more looking. Did find some side effects as pain at the site and increased body temperature. Still though, I think my reaction was far more extreme than that.

I did also see a couple websites saying it's to be injected IM and works locally in the muscle injected into. I don't recall ever seeing that before. Idk how I feel about trying that if the pain subq gets this bad...

I would ditch it bro, Follistatin does not work without a "targeting" system so to speak, a viral vector is what it is called. The studies that this stuff is based on did not use raw Follistatin. Toss it in the bin, you wont be the first or the last mate, just invest in some good cheap reliable gear.

I've got a stash I'm waiting to run, just as soon as the wife gets preggo. I'll be ordering some HGH soon. That'll be first. Mainly to help recovery from spinal surgery. Hence why I'm out of work.

Well it's been a year. I'm out of work till Sept, I've got nothing to do for a while. Have had an unopened vial sitting in the freezer all this time. Got new bac water. Probably a terrible idea, but I'm giving it another go. 2mL, 5iu. If I mathed correctly that's 25mcg. That was a couple hours ago. Feels like a bug bite. If it gets any worse it's going in the trash.

actually those are very common symptoms of follistatin. follistatin is also delivered via viruses that make it, so may be the case in ur case.

Sorry to hear bro. I heard yk11 supposed to increase follistatin. Ive never used it though

I have but I can't report on that compound specifically since it was supposedly part of the stack in one pill.
(Copy and paste from the seller's site)
LGD 25MG

I took one pill twice a day. Fantastic results. 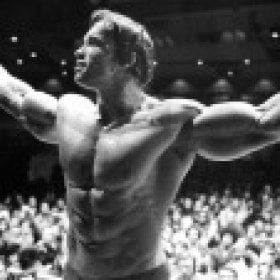 I’ve never been comfortable with a lot of these research chems. I know a lot of guys have used them and I’m sure they have their place in certain programs with specific goals, but I always think of stories like this anytime I think of research chems in general.

Agree with Mol. I think you should discontinue use of this peptide. I don't think it was the bac water but it could be the bac water. Maybe throw both away.

Using peptides I've never had more than an occasional BB size lump or finger nail size bruise at an injection site and it always went away within a few days. With little or no pain.

I've had test flu a couple times, this was way worse, but a much shorter duration. I woke up feeling fine, except the painful lump and injection site.

It's been over week since the first and four days since the second. Lumps still at the sites. Redness and pain are gone. 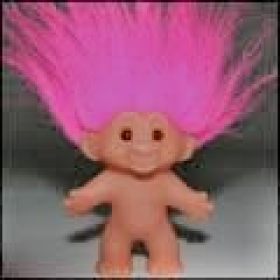 I'm posting this link just for general reference, NCBI has quite a few articles on the compound. In my opinion, and its only an opinion, it sounds like sterility concerns or anaphylaxis to something in the injection. Either way personally I would discontinue its use. I don't know much about it, so I can't comment further, but like many of these newer peptides I'd say there's much more tried and true ways, less risk as well, to get your desired results. When in doubt throw it out bro. Best wishes.

That was my original thought. I said to the source, I'm not saying it's your product, buy it may be, it may be my BAC water, perhaps I didn't clean something well enough (though I've been doing this long enough).

I used the same BAC water in mt2. Nothing unusual.
Maybe I'll try again next vacation. New vial, new bac water. Any reaction close to these two and that'll be it. 3 vials at $99 each... Fuckin bummer.

Shred below just put it very simply, I'm not always the best in explaining things. It's not "normal". But if it's normal for you it's been wrong the whole time, he did well with that one. There's differences between PIP, site reactions, product that isn't sterile etc. I'm not a physician, but this sounds like your body is going into a severe allergic reaction, anaphylactic, to combat the substance. When you were feeling like that I bet your WBC count was through the roof if you were to get your blood tested. I try to offer the best advice I can, there's a lot of us that care here, it's what makes it a great community. With that being said, I wouldn't experiment or try even one more injection of it, its just not worth the risks to your health. What 8f next time you have a cardiovascular response? Take care of your body, best wishes buddy.

Edit- I know it sucks, but 3x $99 is still cheaper than a casket and won't demolish your loved ones

If getting the reaction you got is "normal" then this peptide should normally be avoided.
Don't sound normal to me but I've never run this pep before.

I guess it's about time I said Hi!
I love eggs too, but c'mon!!
No AI for first cycle?
Deca VS npp
Looks like Caber isn't for me.