Problem with PIP and lumps

Hi guys , i need some of your help.

So i have some problems with PIP and lets say some kind of "lumps" in the area after injecting.

So on first cycle i started pining with insulin needles in shoulders and rotate between these two sites some time.. and ofc on begginging i got those pip because of virgin muscle.. and after some weeks it was better but after some shots i was getting this lumps in the area of injefting.. first i thouth i inject shoulders too often, so i add both VG sites.. and i start injecting them with the same insulin needles (now i know the needle is ofc too short - i learn hard way because i was getting those lumps almost after every injections and it was feeling like oil was need injected deep enought and it was staying between muscle and skin lets say in subq area.. and it was pain on touch , no redness , no hot , but it was hell of a pain..

So then cruise come and i lowerd the dose on 200mg test e , and for delts i was still using insulin pins , for Ventral glutes i switched to 23G x 1" needles..

On delts i sometimes still got those lumps but not too often , VG was preaty fine now on cruise..

And volume of this is kinda killing me , because primo is concentrated 100mg/ml and thats for me alot more oil then on first cycle.

so now we are here on this week so

So guys now iam asking do you maybe "see" where could be are problem or what aim doing wrong?

Are needles just too shoort and im not injecting deep enought?
FOR GLUTES I HAVE 23G x 1" needle
FOR SHOULDERS I HAVE 26G x 5/8" nedle

Or is just too much volume of oil for my "virgin" muscles ?
And should i have more than 4 spots for rotating sites or its okay? 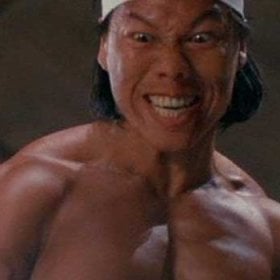 Primo gives me a dull ache more than actual burning pip.
Are you using primo e 100? I personally prefer 200-250 just because of the volume but 100 is certainly usable.
You have 7ml of oil per week with this, so I'd say you need at least 3 spots, unless you're a larger guy you can get away with 2 large muscle groups per week at high volume, it sucks though. Glutes, VG. I can put 2ml in my delts fairly easily but I don't recommend it, I like to keep it around 1.5 or less for comfort.

Glutes can hold 3.5ml
VG can hold even up to 5 but I'd still keep it at 3.5 or less and I don't know about everyone else but I tend to build up scarring here quicker than anywhere else, my VG are pretty much useless these days for anything more than a shallow 1/2ml
Quads, eh, I would and do skip, but if you're up for it, it's another large muscle group that can hold volume.
Delts can hold 2ml but it gets tighter over 1ml and it's not a comfortable feeling. You'll do yourself more favors using less there.
Pecs can hold .5ml
Biceps can hold .5ml
Triceps can hold .5-1ml
Lat's depends on the person, I can hold 2ml easily but I'd still keep it under 1.
I personally don't use a massive amount of rotation spots anymore. But I don't run high volume cycles anymore either. I use glutes, VG (for .5 to 1ml) delts almost exclusively and it works out for me.
You will always get a dull ache with primo for a few days, so consider that before you pin. Quads isn't somewhere you want to have a constant dull ache if you have to stand or walk around a lot

Way too much oil. Need 10 or MORE pin spots

I found the primo gives me more pip that any other compound until the date, I was injecting 1,5mm of 200mg primo-e 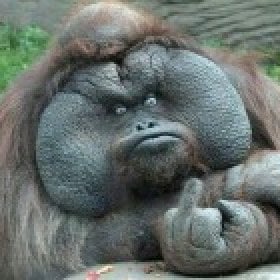 Mak has you covered. I think that whole virgin muscle thing is forum broscience. Sources love repeating it because it’s a great excuse for PIPPY gear. The older I get the more everything seems to give me PIP and my cherry was popped a long time ago.

Me too man, I get pip from everything now, even test e/c, no matter who makes it. I've used gear from a lot of sources here as well as a dozen pharm brands, all the same. Especially when that scarring builds up

I’ve often used 5/8 and 1in needles in shoulders and ventro with zero issues. Not sure your body fat but I would say it’s probably your gear if you are getting pip every single injection. Dosent sound like clean gear to me. Even with a bad injection with clean gear I don’t get any pip. 2.2ml with a 1in, in the shoulder never gives me issues. Like I said it’s your gear. IMO try a dif brand

I forget to say yes , iam around 15% bf.
And yes i try different gear brand but it was no really difference, i dont really get those PIP , what i was thinking was more this LUMPs , and i probably think this is off to much ov oil volume or need injecting deep enought , i will try longer needles and see ..

Btw primo is going to have slight bite regardless untill you get used to it.

Needles to short and injecting to much oil to frequently in each spot. 10% BF or less you may be able to get away with those needles.
No more than 1ml in delts or 2ml anywhere else. Causing lumps yet you need to go with even less volume/shot. You need to give each spot at least 1wk between injections. This is one of the reasons why I advise that primo is not a compound for beginners. To much oil is needed to run a proper cycle and most newbs don't have the basics of site rotation down to avoid one of the common problems that you are having.

Iam around 15% bf
Thanks for ansawer. Yes i will first try longer needles for shoulders i will try with 1" needle and for glutes 1,57" needles and then i will see.

And like you say too much volume of oil in one injections is myb the reason for lumps , i can agree with that yes , so i will try to lower the injection volume but then i will need more than 4 sites for rotation.. So i was wondering both shoulders , and what do you think can i "treat" glutes like more spots so lets say VG , and dorsal glut or is it too close?

Ventroglutes and glutes are two different areas. I would try quads in the rotation also.

My reaction to pinning quads

Problem with PIP and lumps