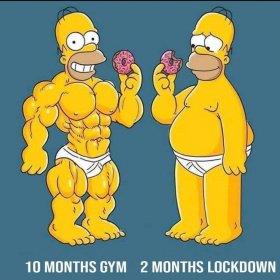 + 7 My Experimentation With Bremelanotide PT 141

OK. I tried an experiment and this is how it went for me.

First of all, this is not a review of the product. This is an analysis of how my own body works. I am not recommending for or against anyone else trying this for themselves. My body does weird things, and this is what happened to me.

So, lots of political shit happened, and they switched to researching it as a potential solution to low libido, stopped researching it, and then started up again. It's currently in trials for libido treatments, rather than the sunless tanning properties.

I got a hold of some. It's not terribly expensive, and it's not illegal to take things that are not currently FDA approved for that purpose, as long as the thing is not banned for use. So I decided to experiment on myself.

See, I have a Responsive Libido. In Western Culture, we assume a "default" sexual state, based on a stereotype of a "typical man". Anything that falls outside of this "typical man" stereotype is considered an aberration which, by definition, means that all "women" sexuality is an "aberration".

Men think about sex every 6 seconds of the day (so the stereotype goes), so women not only don't because they're not men, but it's an aberration that they don't and our libido is considered "low" in comparison, rather than our libido being considered average and men's being "high". And, of course any men who don't fit the stereotype are also considered aberrations, even if it's not actually causing them any hardship.

Ahem. Anyway, the "default" for libido goes like this: "Hmm, I'm feeling arousal. I should go find something to have sex with!" Now, when someone is in an ongoing sexual relationship of some sort, and they have a regular partner, the answer to the question is immediately available, so most people probably are not even aware of this thought process. It goes from noticing the arousal to rubbing up on their bae with very little conscious thought in between. But that's essentially the brain's decision-tree.

Arousal for someone with a responsive libido goes more like this "Oh, hey, this thing that's happening to me? That's right! I like this. OK, I guess we can have sex now". That would be the bae currently getting rubbed up on by the amorous partner in the cliche from above.

I have been struggling with this Responsive Libido for my whole life, in part because I wasn't aware there was a such thing as a Responsive Libido. My libido is actually kind of all over the map. See, I think about sex all the fucking time. But I'm rarely actually aroused until stuff starts happening to my body.

Except when I'm going through a breakup. Suddenly my libido spikes and I find myself with the other mindset - looking for "something" to have sex with pretty much constantly. Which makes my rebound hookups and/or new partners ecstatic, until my libido settles back down to it's "normal" state and then they feel rejected because I am no longer initiating sex.

I would LOVE to have control over my libido. I would love to be able to turn it on and off at will. Failing that, at least turning it on at will, so that I don't find myself sitting passively waiting for "something to happen" to my body to remind me that I actually do like sex, I just forgot about it.

Or, worse yet, knowing that I do like sex and that my body often waits to feel arousal until things start to happen to it, so I get into a sexual situation, only to find that nothing "happening" to my body is inciting the arousal even though I want it to.

Enter PT 141. When I heard that this drug was currently in trials, explicitly as an "aphrodisiac" treatment for women with sexual dysfunction, and that I could get some without waiting for the 10-year research and FDA process, I jumped at the chance.

I know one person IRL who has tried it, and I've seen a bunch of videos and blogs of others who have tried it. It seemed very promising. Basically, you inject a tiny bit of this stuff subcutaneously, wait about 4-6 hours, and then you get aroused for a few hours. Some people maintain their arousal even after orgasm, some don't.

As someone who is a one-time-shot, once-I-orgasm-I-want-to-roll-over-and-either-go-to-sleep-or-get-food kinda person, the idea that I might be able to maintain an arousal after orgasm sounded brilliant.

There are some mild side effects, including burning and itching at the injection site, nausea, headaches, etc. But records of this all seemed pretty acceptable trade-offs. It basically sounded no different than the side effects many diabetics I know experience with their insulin, and they go through this process several times a day, so I figured why not?

So I started taking it. Another friend of mine decided to experiment with it too so I got him a vial to try in parallel with me (not together with me because we have a platonic relationship). We have been comparing notes and tracking each other's responses for more data points to see if this thing works or not.

So my new partner and I both tried the first dose - 3 units of the liquid peptide in a nasal spray (the recommended dose via nasal spray) - and waited to see if there was any effect. I felt no difference in my libido, but as I had been expecting and thinking about sex all day, we decided to have sex anyway. It was a normal arousal for both of us.

To rule out the possibility that the vial I had was simply expired or damaged (it's a very fragile molecule and banging it around can break it), I obtained a second vial (from a different producer, just in case it was a quality control thing) and tried again. With the new 10-unit vial, I repeated the procedure with some modifications.

The first 3-unit nasal attempt, I felt most of it had run out of my nose, so I doubled the nasal dose. Again, I felt no effect at all that differed from my usual feelings. My arousal did not spontaneously start up, and when the sex got started, I felt a typical increase in arousal from the sex, and when orgasm happened, the arousal died immediately afterwards.

Next, I tried the recommended 1-unit injection dose. Again, no difference in how I typically experience arousal. This left 3 units left in the vial. Since I had tried a double nasal dose on this vial and a double injection dose on the first vial, I decided to just go for it and use up the whole triple dose. PT 141 has a very low toxicity and some of the trials used up to 6 times what I had started out with.

Apparently, triple is a huge mistake for me. About 4 hours after I took my injections, I started to get nauseated. OK, I knew that was a possible side effect, but I hadn't heard any horror stories about it. Just some notes by some people that they felt mildly nauseated and then it went away and arousal kicked in.

Not me. No, when my body decides to reject a drug, it goes all the way. You see, I'm allergic to everything with codeine in it and anything even codeine adjacent. I can't have Tylenol with codeine, I can't have Oxycontin, I can't have Vicodin. None of that. So having invasive medical procedures is something I avoid until I absolutely can't anymore. I'm not allergic to acetaminophen but it also doesn't do shit for me at all. Ibuprofen, however, is a fucking miracle drug, as long as I get enough of it. Alcohol gives me a reaction like lactic acid buildup in my muscles similar to the burning sensation you feel when you work out a little too much. Plus my core body temperature rises (which is not the warm flush you normally feel when you drink alcohol, your core temp is still the same). Weed gives me migraines. So shit reacts weird with me.

So the nausea kicked in a few hours after taking the triple dose. And then the vomiting started. 10 hours later, I could finally walk upright long enough to get from the couch in my friend's living room out to my RV to go to bed without throwing up halfway there.

Yesterday was fucking miserable for me. I felt like I had the flu. The only respite I got all day was sleeping, which is something I have trained my body to do as a response to pain because of how long it took me to find the right type and dose of painkillers that actually work on me. If I yelp or make sounds in response to pain, it's probably not very bad. If I go silent, it's probably bad. If I start to get sleepy, that means I'm fucked up.

So my body does not like PT 141. And I'm extremely disappointed about this. I was really hoping I would have found a treatment for my libido issues. It has no noticeable affect on my body at low doses and then immediately jumps to "oh god make the vomiting stop and just let me die!" in the medium doses.

The other person I know who tried it before me reports pretty consistent results. He gets mildly nauseated about 6 hours after taking the drug, it lasts for about 15 minutes, and then arousal kicks in for about 4 hours and the arousal lasts even after orgasm.

The person who took it in tandem with me reported noticeable but inconsistent results. He noticed arousal anywhere between 4 and 6 hours, and the arousal sometimes lasts after orgasm, sometimes doesn't. He still has some left to continue experimenting.

So if anyone is interested in trying this out for themselves, I am not cautioning you against it. My body does weird shit with drugs. My experience is not typical. This is not a review of the peptide itself, this is a review of my own body doing its weird shit thing that it does. This is simply a post about my own body, for my Me Manual. PT 141 is not for me and I'm very disappointed about that.

Im new here and i like that about PT-141

Bros account is banned already. Looks like he got a lot of Karma in a short time from alot of banned accounts.

Surprisingly well written. Not interested in the topic but you should stick around and author more posts.
I'll give you a plus