Good day all! I am curious if anyone has any experience or comments about the following: I hope this is the correct place to post this, as this is about peptides and specificically about the effect the introduction of them has had, however does contain discussion about a regimine that involves other compounds.

I have never used any peptides of any sort before so this is my first go with anything like.
I am currently running a tren mix with test base cycle. I don't go crazy on the dosages as I honestly don't think the cons at high dose are worth the 2% extra if any at all.
Anyway, I started a peptide regimine mid cycle and have found a pretty profound helpful effect.. I am sleeping like a baby.

This will be the 3rd time I have run this and probably the last as tren takes me over a year to recover from normally..
Anyway 2 weeks into above cycle started the epithalon regimine at 5mg at 10am every day for 20 days.
So right at about 5 weeks total into the tren cycle and 15 days into the peptide I have since slept incredible with little to no night sweats and actual data as follows tracked by whoop band.
Before epithalon after 14 days into aas cycle my average total sleep time is: 3.35 hours broken down into around 2-2.5 hours of light sleep, 35-55min of REM and 15-35 min of deep sleep.
Last 10 days straight since day 15 of epithalon sleep has shot up like crazy In length of time and even more important quality of the longer sleep is much better.
Total sleep average over past 10 days
7.14 hours total sleep. 3-4 hours of light sleep, 88 min of REM and 40-75min of deep sleep.
Not quite double on length of time but quality is more than.
So this new pattern prompted me to go back and check my "normal" sleep patterns off cycle. Sleep average for the past 12 months is about an hour less 6.22 total and quality sleep is around 30% less compared to the last two weeks after the epithalon.

Spoke with my doctor about this and what he thought. Of course there are a ton of variables however no major changes on lifestyle or anything else to account for the major change. His professional opinion is that the epithalon has increased the secretion of melatonin and other sleep regulating and inducing chemicals related to the introduction of the peptide. Not sure how long this will sustain but its making the tren experience much more efficient and favorable. I am not lethargic all the time and am able to take advantage of the benefits of the compounds. This is by far my best cycle ever and I am trying to attribute it to going low dose and smart but the intro of the peptide does make me curious.
Appreciate the time to read and any opinions or past similar experiences on this are welcome.

Yeah, Tren has a major metabolite that is pretty bad for melatonin and also up regulates wakefulness in orexin-hypocretin neurons. It will mess your circadian light/dark cycle up for a while. I hear you on a year. I would criticize but I am on some now...just a little Tren Ace, and just one last time;)

my theories here are less important than what is more likely to have some evidence in animal and vet drug studies with trenbolone. Yes it results in epigenetic changes to melatonin in the pineal gland - far less after Tren's major metabolite has time to slosh around, especially near the thalamic cortical regions. Less so in other tissues, where melatonin is found as well and has amazing anti-inflammatory properties, but Tren just low key dominates everything and pushes injury to tissues and genetic changes potentially. It is interesting to see that Tren messes with your sympathetic nervous system, and the orexin/hypocretin neuroendocrine hypothalamic neurons are kinda intermediaries in the lymph and thalamus glands that are definitely altered in adaptive immune inflammatory changes from Tren. T cells might become autoimmune in targeting some of these poor guys because Tren is uniquely altering the sleep wake circadian system. Not for the cycle, not through PCT, but for a year or two later people still have sleep disruption. I'd be interested to know if anyone knows why it's such a wakefulness promoting drug and if it truly has that effect or the restlessness and nervous system effects are largely to blame.

Epitalon or Epistane or whatever it is sold as does rescue the Tren Ace metabolite from the damage to pineal melatonin in animals. maybe not enough to repair or change mutated DNA you come along with as it is, but definitely protects from further mutation, and no reason to think this won't disrupt Tren metabolism smacking the pineal melatonin receptors about - they are probably protected. Melatonin is one of the best antioxidants and Epitalon supports just about all the other main neuromuscular pathways you'd want to address, so it's a good report, my man. I am gonna try some.

***Let me add that the E2 crashing too low here can be a problem especially as far as estrogen is neuroprotective generally but with Tren and Masteron and exemestane especially you gotta be careful. Just saying. The masteron usually is helpful for CNS stability. A good rhGH might displace some prolactin and dopamine promoters and stems will help short term, but Prolactin is an OG, it was hGh before we had any isometric 122kD - Prolactin subs for GH for about 180 days after birth and this is when the first foreign invaders are invading a newborn, and the immune or the sympathetic nervous responses begin to build their character. So Prolactin is misunderstood and anyone with more than knowledge about what it does for newborns might chime in and keep me from staying something dumb. Just generally, I know Tren is excitotoxic and it's hard to have a ratio of all the neuroendocrine hormones you want with it for mood, it messes Aldosterone and ACTH, and cortisol gets finicky with it. But why is Tren so long term punishing even at low doses? Tons of more organ toxic compounds that don't show sustained sleeping and personality disruptions the same extent as Tren. It's not unmanageable, but unless you're needing to compete or get some edge I don't think I will use it again.

I love exemestane, too, but do know it is particularly bad for male and female fertility, FYI. You have your own circumstance so please do as you wish, of course. Take extra Vitamin D that's all I ask. And finally, thank you for sharing this interesting result. it has some theoretical legs plus some anecdotal shoes on now. I gave it my best guess from the little I know and the little that is out there. Lotta benefit to Epithalon if you don't overdo it and many just don't need it in my opinion. The combo with a stack I hadn't considered, but now seems ideal. .If it prevents the sensitive disruptions I get to the circadian light-dark cycle and my sleep, consequently, all the better. 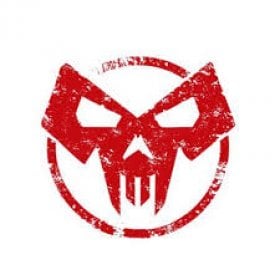 So your saying the epithalon peptide has mitigated the insomnia and night sweats side effects of tren? I don't see how it would stop the sweats, maybe it could help you sleep since epithalon is supposedly like the fountain of youth peptide. Ide like to hear if anyone else has had any experimentation with tren and epithalon.

Appreciate your reply, Sweats have been on and off but definitely less, hard to quantify as compared to the sleep though. A side note I meant to mention in the original post, I am on the same dose, brand, and batch of Aas as the last cycle so the comparison should be favorable with the only new compound being the epithalon.
The insomnia without a doubt has been curbed. Last night whoop notified me that I have had a 13% increase in recovery sleep over the night previous, so it's still increasing at the moment. Again my sleep was horrible before, so the tren made it 10x worse, I understood the epithalon would help per say but never imagined it would be this drastic.
I am going to pull the logs from last run and see if I can post them to once this cycle is over to have a side by side with bloods. Again would love to hear others opinions and thoughts as this is my first experience with any peptide or alike.