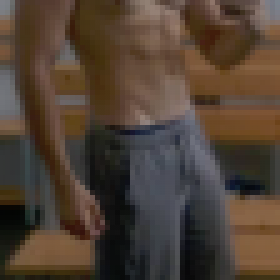 I'm 2 months in my low dose cycle, which is as follow:

At 3rd week i've started HCG @ 250IU EOD to avoid shrinkage and having a smoother PCT, but it was giving me high E2 symptoms like sensitive nipples and when i noticed weaker erections i pulled blood, so... here we are! I already knew that HCG will have caused an E2 spike, but i didn't know how much it would have been high, now i know lol. Since you can't control aromatization in testis I'll discontinue the HCG for 4-7 days ('till the E2 spike subside) and then reintroduce it again at a lower dosage, 100-150IU EOD. If after discotinuing the HCG for 7 days its effect is still there, i think i'll raise the primo and reduce a little bit the Test to counteract the aromatization from Test E at least.

I know my E2 is not sky high, but i'm having the same sides from having E2 > 100 pg/ml from just Test aromatization (No HCG)

I am all for low dose cycles but those doses are really low for a cycle.

I’ve discovered trough my last cycle, that I can achieve my goals with low dose cycles, I’m looking to define how low it has to be

At the moment I’m almost on 350mg of steroids per week, and planning to increase the primo to 150mg or add some LGD4033 which I really liked.

5mgs of Var? What

steroids-world.com 10/10 It is my first time doing shopping in this store and it was grea « DaGearDon
OSGEAR.ws 10/10 1st time over ordered from this source. I'm in Aus, so I wa « grinder
roidbazaar.me 10/10 Quick & easy ordering process!! For a domestic menu, CANNOT « Hack4CIA
roidwarehouse.com 10/10 Very satisfied with products. Shopping with Roidwarehouse was a « Diesel22
onlythebestaas.com 10/10 Excellent. Solid source all around, quick shipping, clean produc « Beamer710
OSGEAR.ws 10/10 I’ve ordered many products over the years from OS. In recent « Sam I Am
noexcuses.bz 10/10 Amazing. Ordered test prop, cialis, nolvadex, clomid. Have alrea « Justinrabon
lecorpsshop.fr 10/10 This is my absolute Go To source! Smooth transition. Great commu « MisterMiyagi
basicstero.ws 10/10 Just finished up a Test Prop, NPP and Growth cycle. NPP and Test « papa.smurf0311
ironlion-lab.is 10/10 Great supplier with confidence in his products. As do I. « Jjohnbubby5